Although SES Water began life in 1996, as a result of a merger between East Surrey Water and Sutton District Water it can in fact trace its roots back to the mid nineteenth century when Victorian engineers first started connecting houses to the water mains.

SES Water supplies an average of 160 millon litres of water to its customers every day, via 3,500km of pipes and 31 reservoirs and water towers. The company employs over 280 people and is now under Japanese ownership, having been acquired by Sumitomo Corporation and Osaka Gas in 2013.

SES Water, along with the other water companies in the United Kingdom, operates within a regulatory framework, overseen by Ofwat, which places considerable demands on the company’s financial planning and reporting systems. Under Ofwat rules, SES Water must be able to
differentiate regulated and non-regulated cost and profit centres and ensure that investment plans – agreed with the regulator over a 5-year cycle – are ring-fenced from
other business expenditure.

With up to 300 significant infrastructure projects in progress in any one year, keeping track of all the costs and assets across the business, reporting on them to prove compliance to the regulator, as well as keeping financial stakeholders informed of business performance is a significant challenge.

In 2003, when we first began working with SES Water, the company was in the build-up to the 2004 Price Review which set the company’s reporting and revenue parameters for the next five years.
It had become clear to the company that their existing financial and accounting software was becoming obsolete and was unable to support the accounts team in the way required of it. 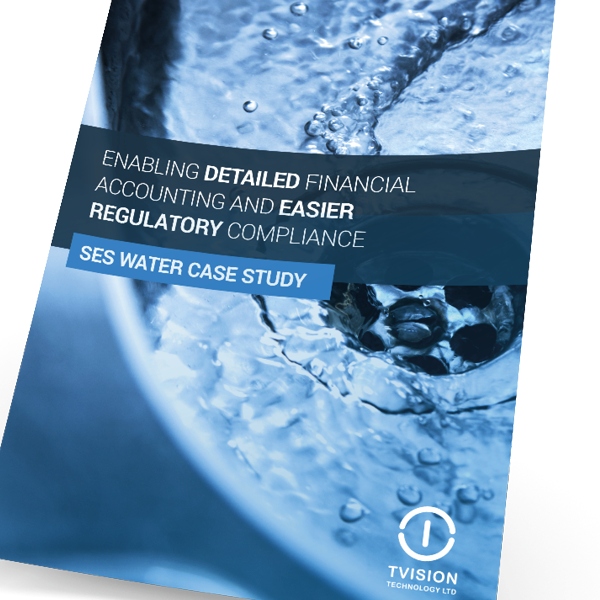 Bevica – delivered by TVision – joins WineGB as a Silver Patron

Hitting a major milestone back in December, last month our 20 year anniversary celebrations culminated with a trip to London’s Gherkin for large scale, team revelry. Taking in the...

The inaugural Woking Chambers “Women in Business” event took place last week. Three successful local business women spoke to a packed room about their experiences in the workplace. It...

Why Dynamics 365 could be what you’ve been searching for

Are you using Microsoft Office 365 and have been searching for the best new finance system? If the answer is yes, Microsoft Dynamics 365 Business Central should be the... The biggest explosion in the universe since the Big Bang has been discovered by astronomers http://bit.ly/2PA9P8C #Science #Space #BigBang

CFOs must decode #data to fuel the next wave of growth via @AccountingToday http://ht.ly/Nzb530qjfjY